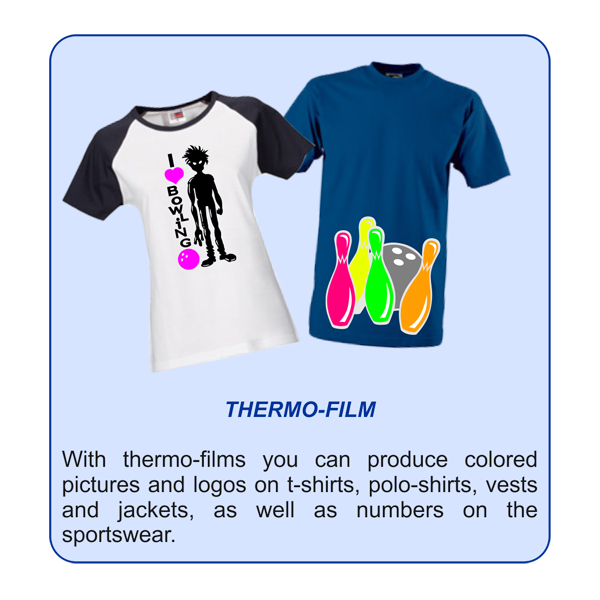 With thermo-films you can produce high-quality colored pictures and logos on t-shirts, polo shirts, vests and jackets, as well as numbers on the sportswear.

To create multicolored images a high-quality solvent printing method is used, which involves transferring the image on a special film (using our own equipment).

Thermal transfer is a universal technology that allows to place images on different products.

Process of the thermal transfer:

Advantages of thermal transfer - high durability of the image and color retention after wash.